Sorry for the delay in puting up this report from day 2 of the Singles competition but yours truly has been doing a lot of roving and not much reporting.

First thing Monday morning, the last space in the men's quarter finals was decided between Charlie Donaldson and Derek Weeks it was a close run thing until the 14th end when Derek picked up 2 points. From then on, he managed to maintain his lead for the next 13 ends eventually winning 21-13 over an epic 27 ends.

The main event was, of course the Ladies Quarter finals where four more of our heroic maidens were destined to leave the arena.

First to fall was Val Cooke after Joyce Brown's Blood red bowls wreaked havoc around the jack, end after end , no mercy was given 21-4

Of course the match I watched with most trepidation was my very own Mrs C against our favourite former Head Mistress Jan Gaughran. Well our Steph certainly taught her a lesson or two in a hard fought game. On the last end Jan was holding two very close to the jack, with a chance of  getting within two points of Stephs 20.15 lead..... The blonde bombshell sends her last bowl down, it squeezes past Jans two, with perfect weight and stops on the jack...Well, you do the maths.

The last match being played turned into a marathon as the evergreen Pat hook took on the diminutive Chris Gill who always punches above her weight. And true to form she didn't pull any punches in this bout, as they slugged it out blow after blow for 27 ends when the final bell went it was Chris who raised her hand in victory 21-17

So now its  a look forward to tomorrows Mens Quarter finals to be played at 2.oclock after roll up. 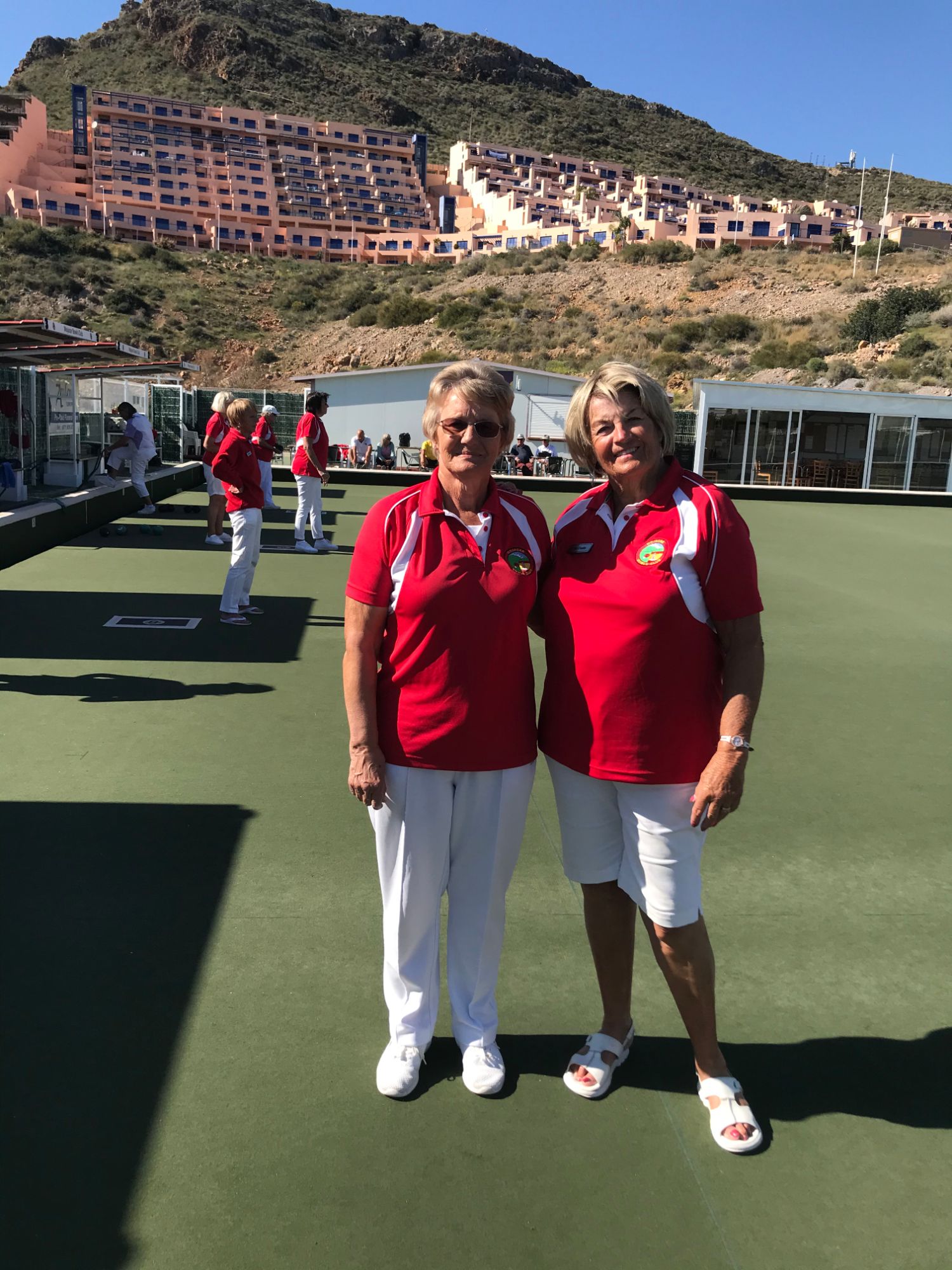 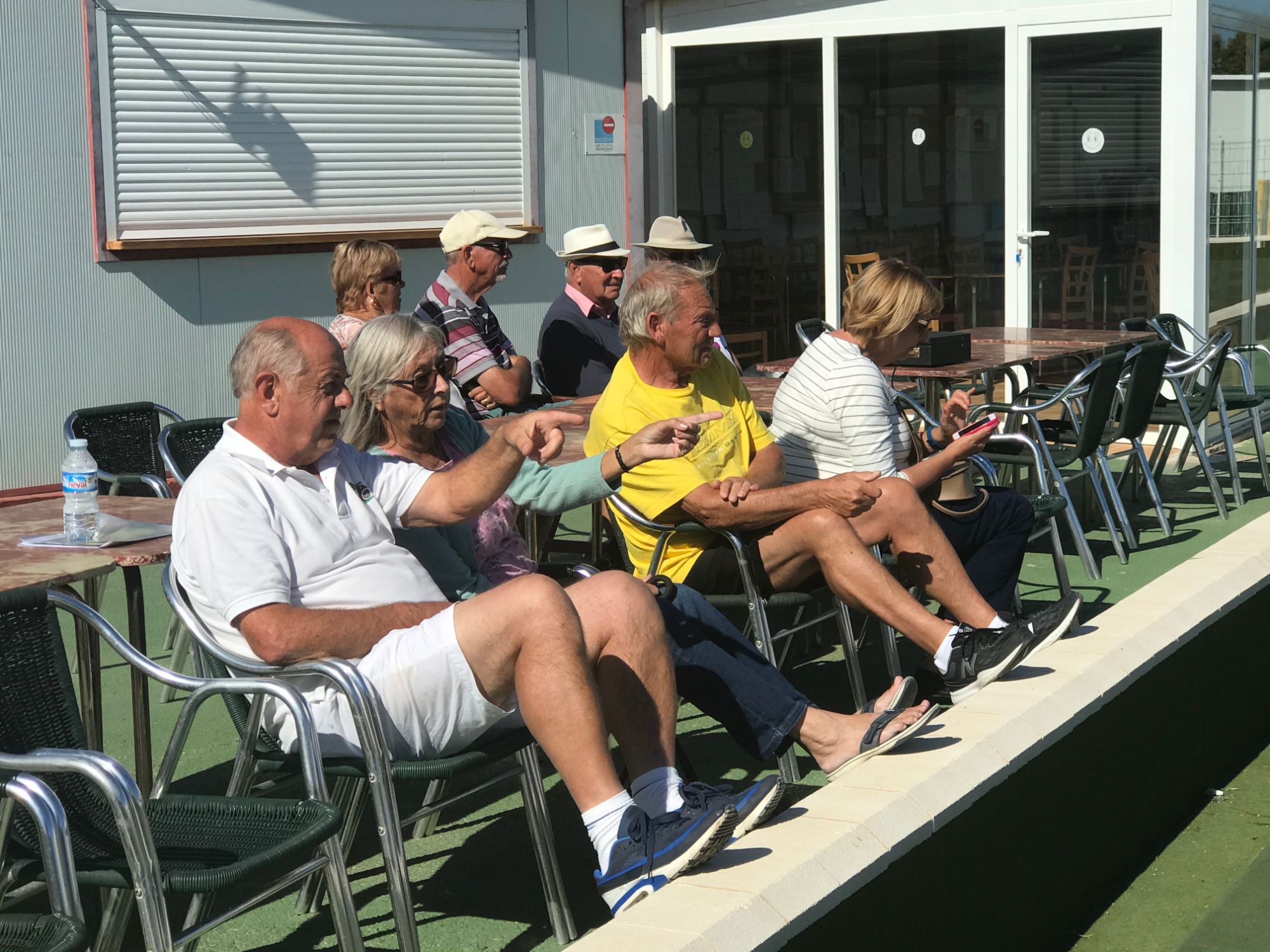 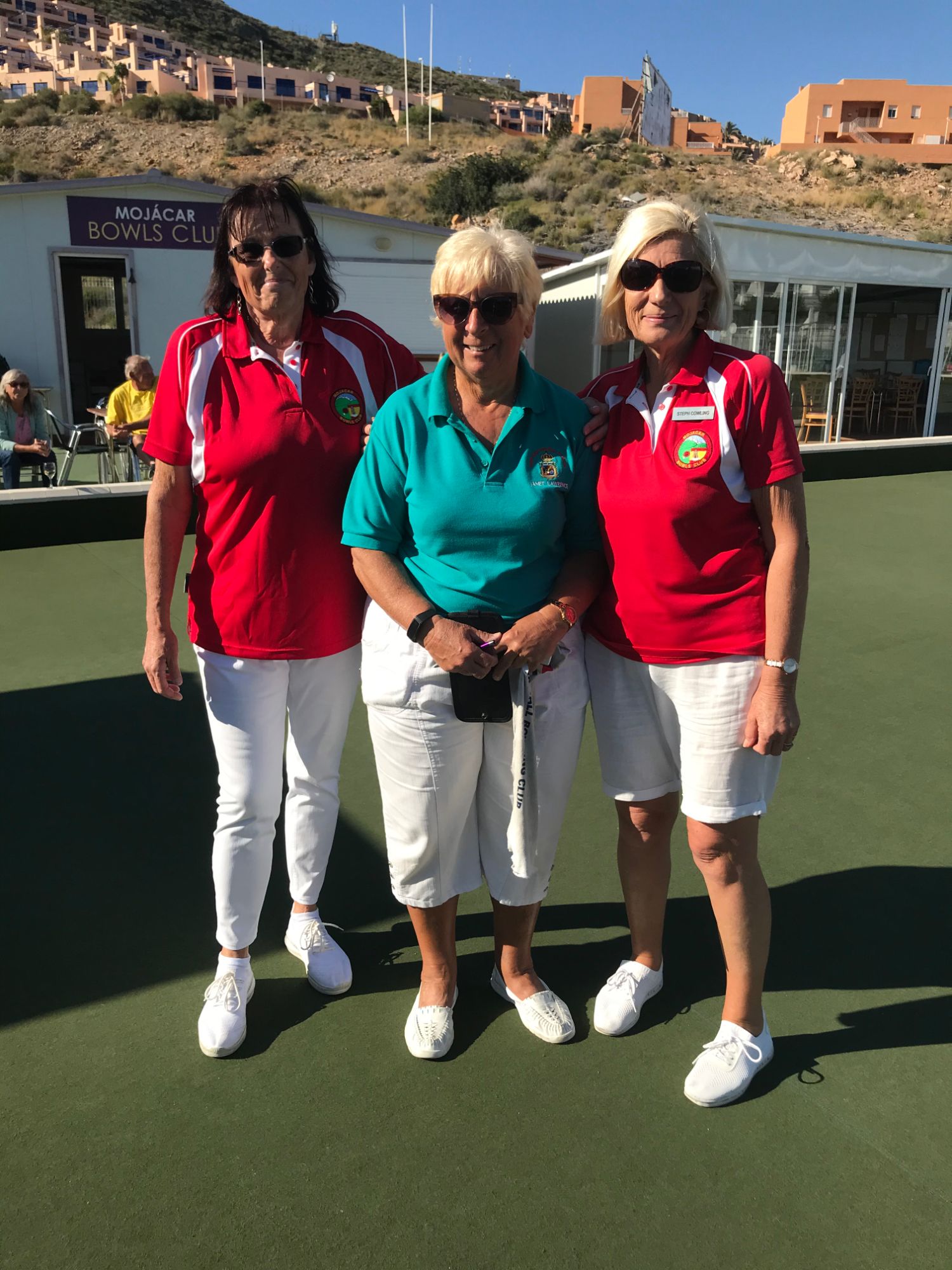 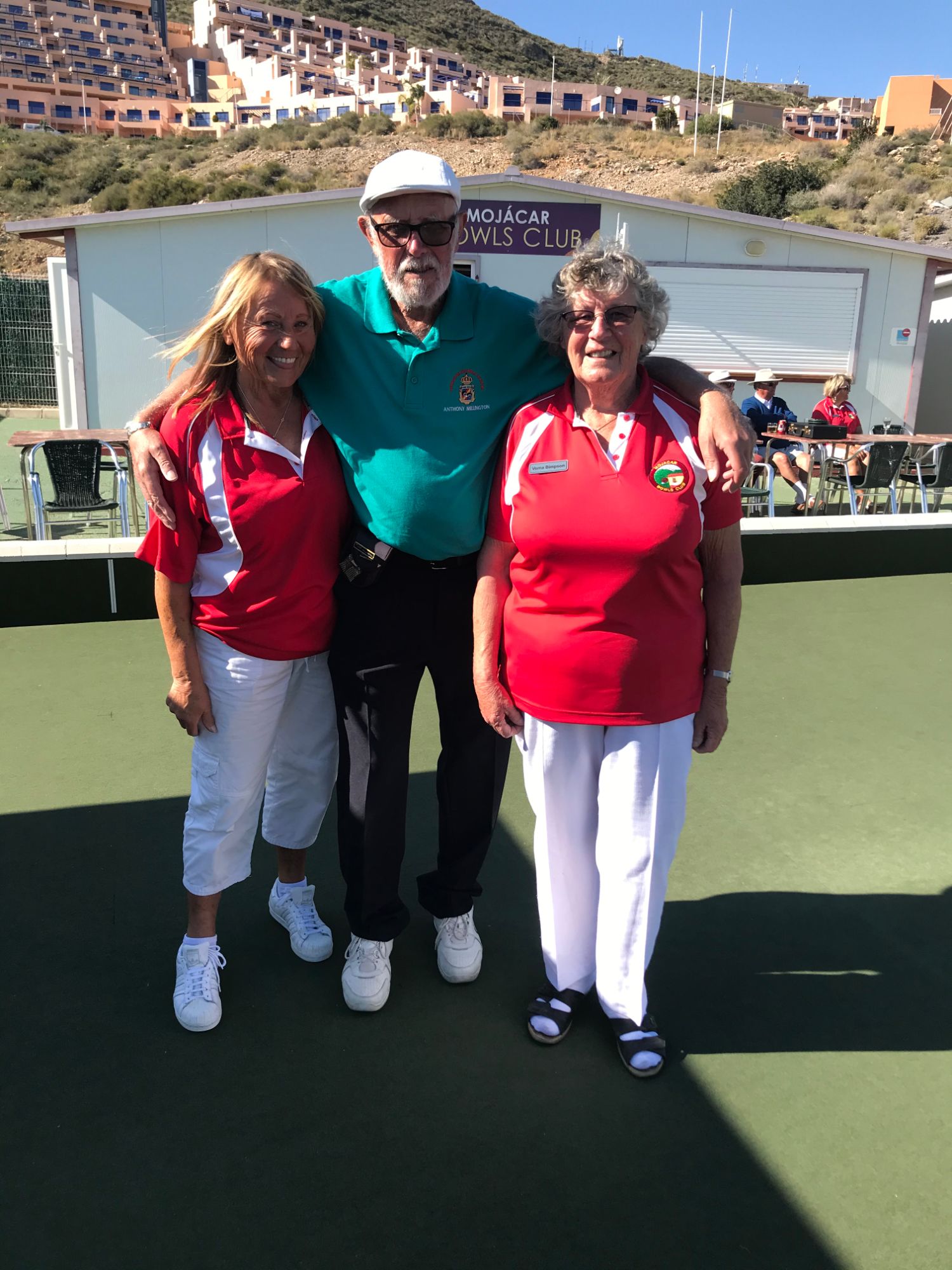 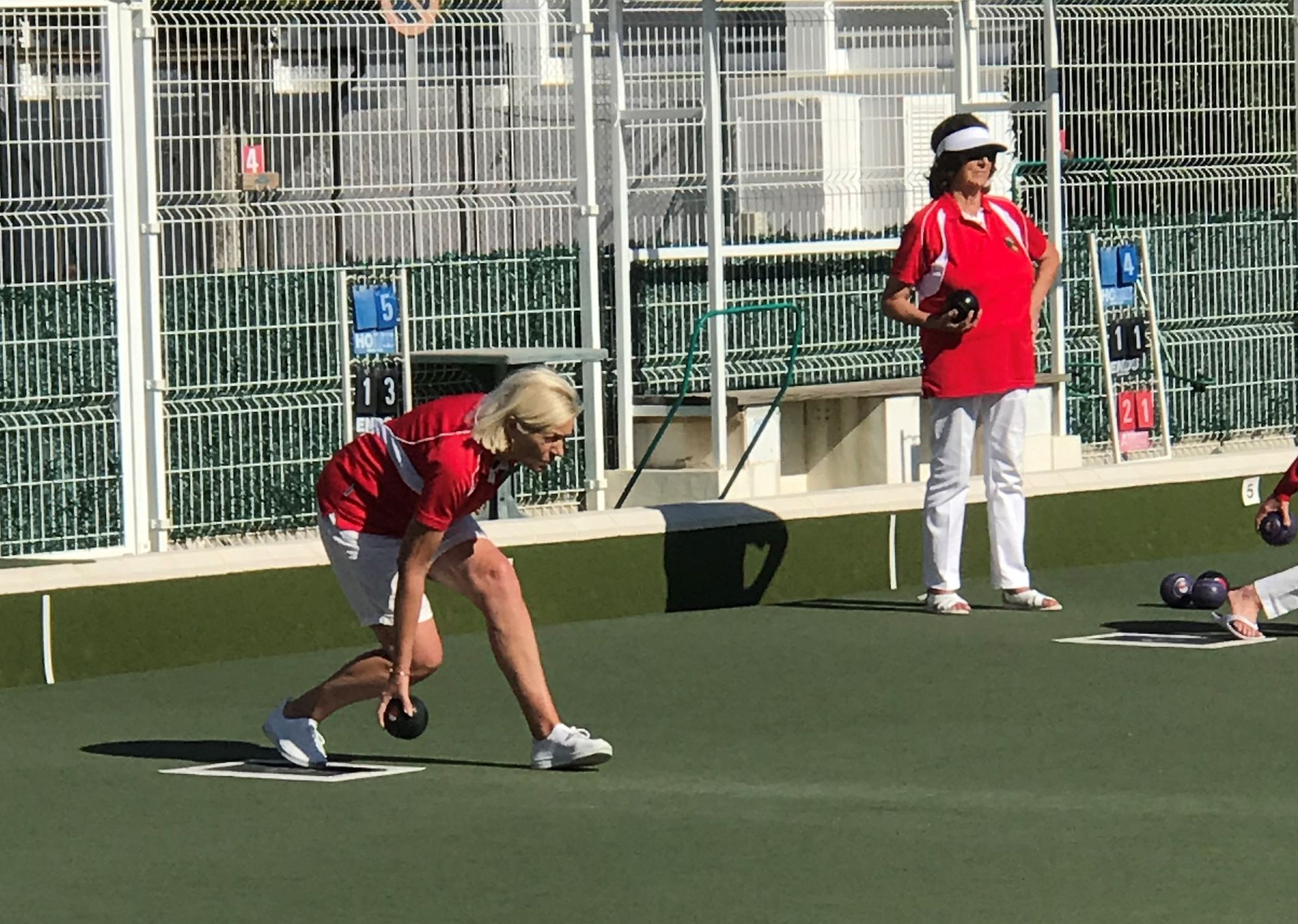 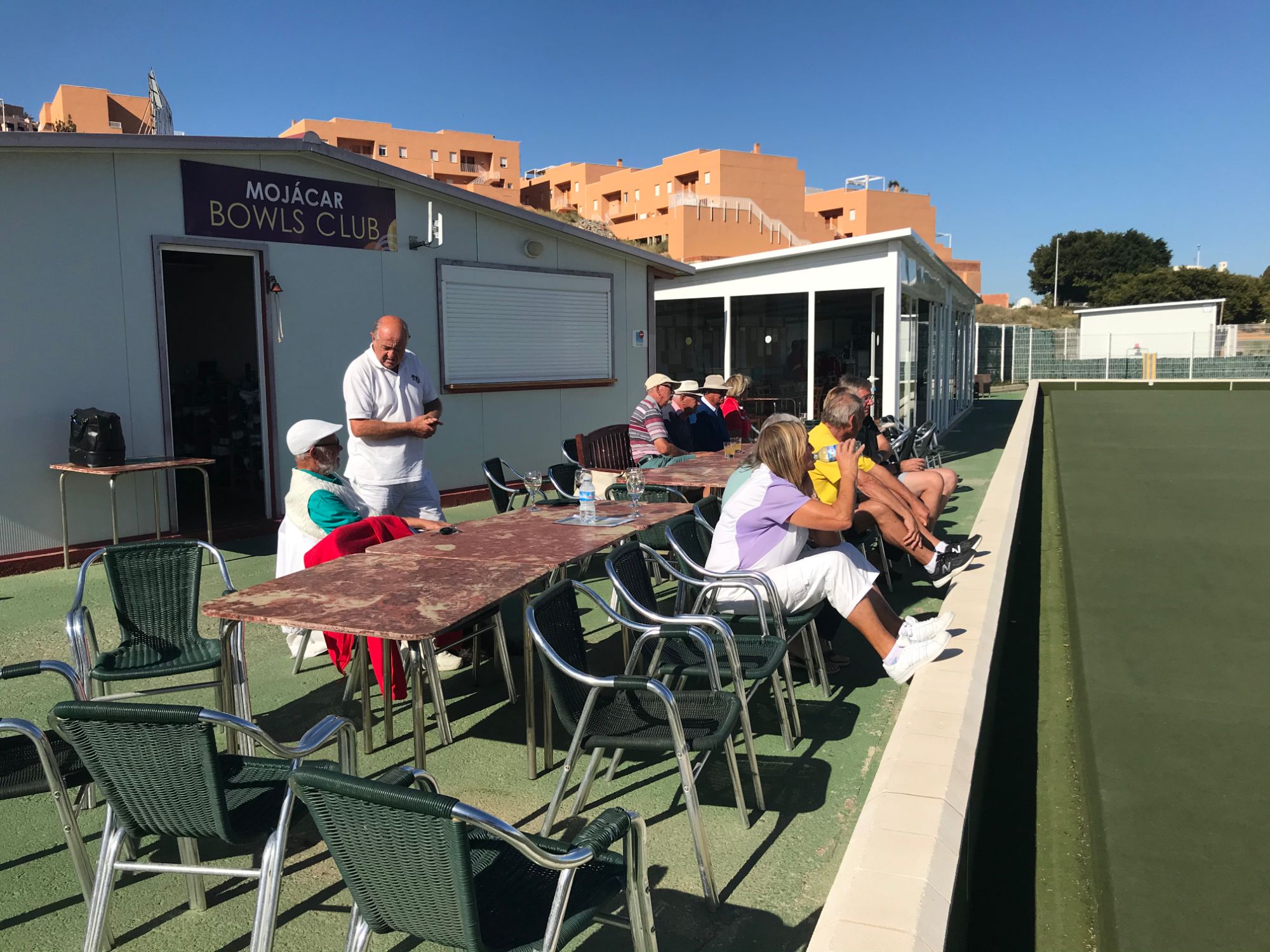 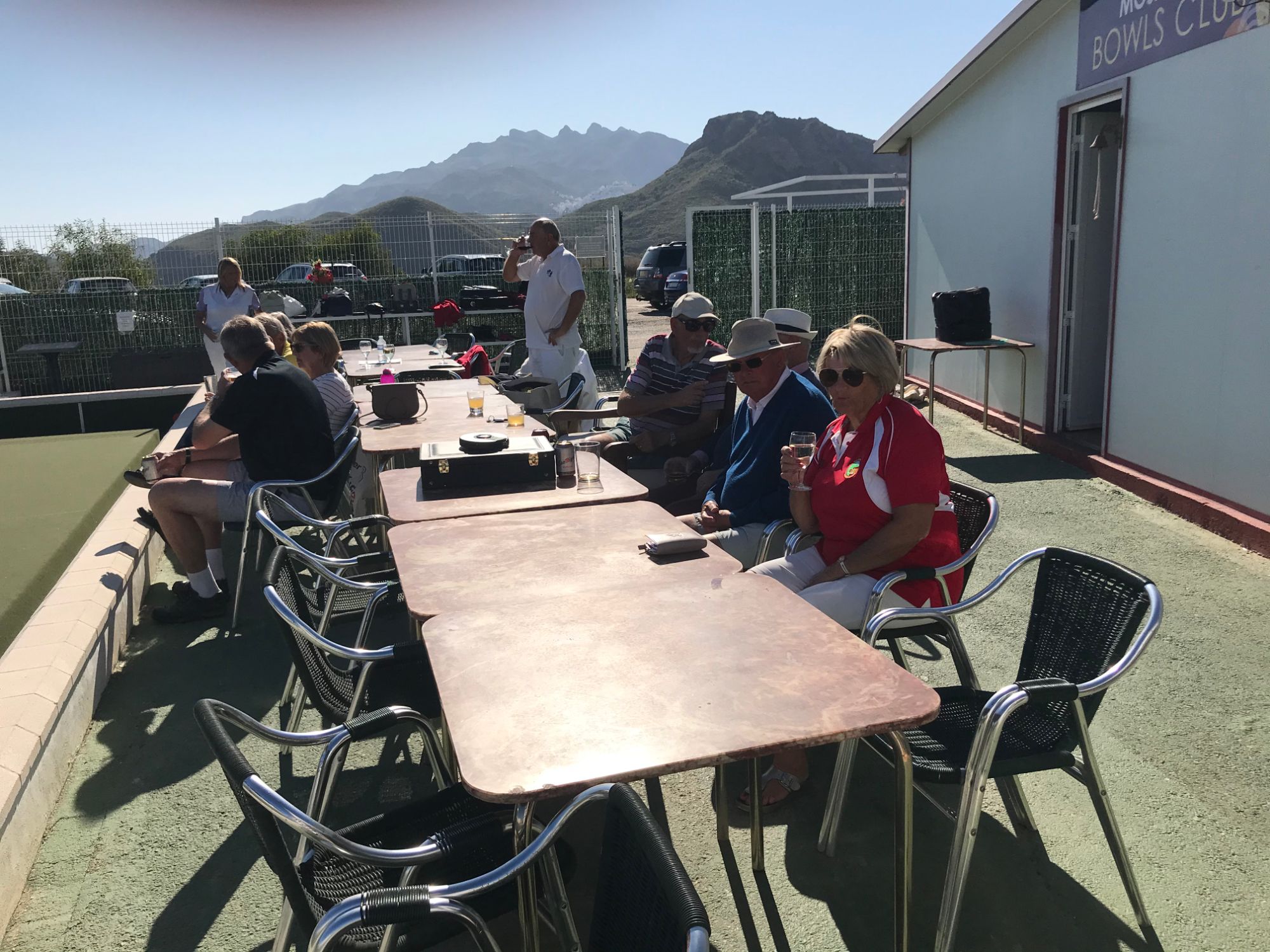