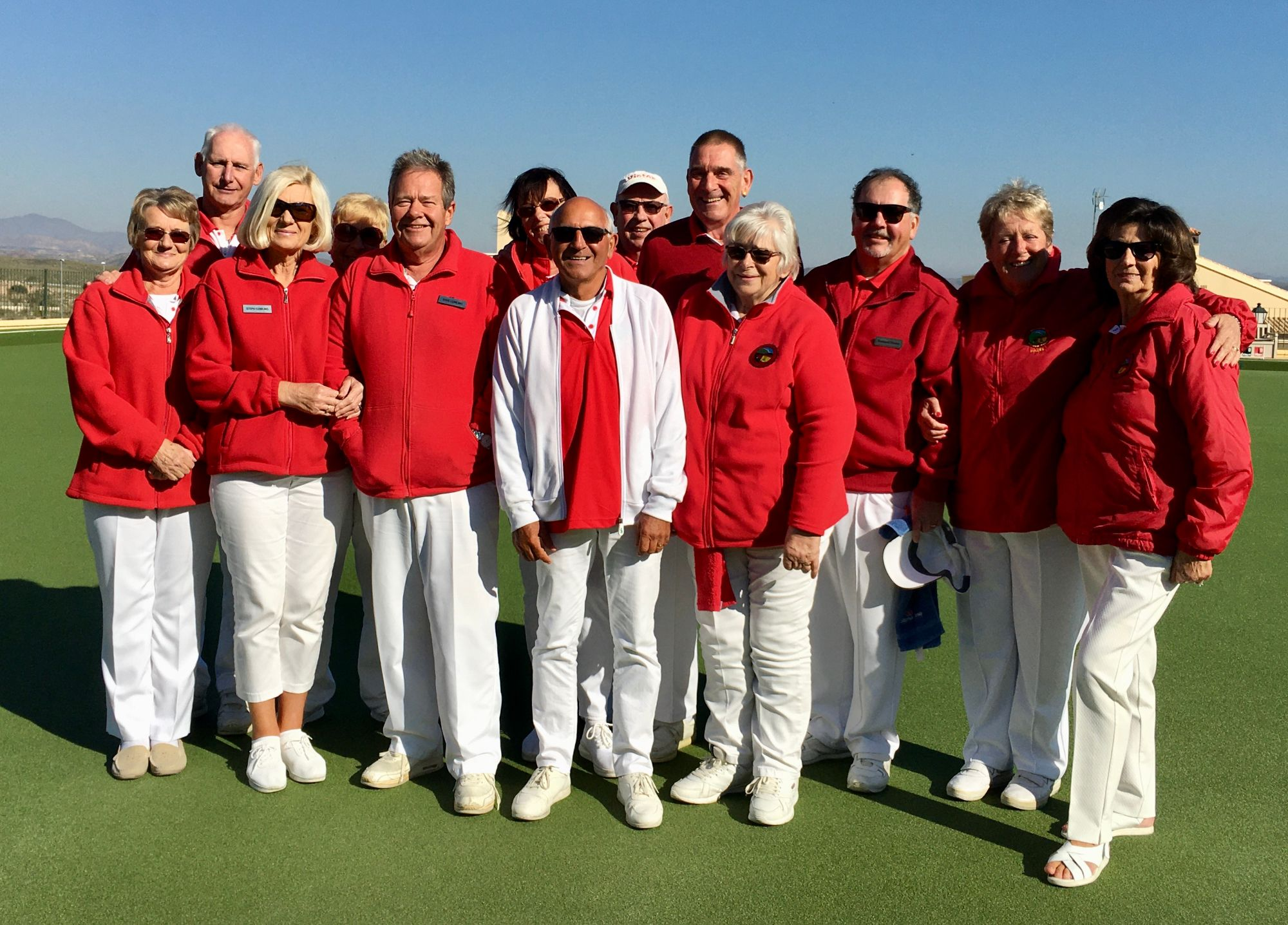 Well we are here again at windy Zurgena for our Team Sirocco show down against their Team Spitfire.
A warm welcome to Stewart Tauber who has joined our illustrious ranks for our match today.
The team photo went well.
What a handsome lot we are.
The matches started at 2.oclock sharp and by a minute past we had won our first match by a forfeit, as one of the Spitfires was missing in action.
I am afraid there are no ‘Live action’ photos of the matches today, as I was actually playing with my wife and Janet Lawrence.... Bowl’s that is !! We played well for the first ten ends and even had a healthy six point lead at one point. Unfortunately they found another gear, eventually beating us 20-15.
As I looked over the other rinks it saddens me to report our other intrepid bowlers were not faring well either.
Valiant Vic with Jan & Pat managed to claw their way back from being about 13-1 down to a very respectable 19-12 defeat.
Meanwhile Saint Bernard and his disciples, Ann & Mike were magnanimous in their 17-9 defeat to a Spitfire team firing on all cylinders.
This is the roving reporter signing off now until the next bowling extravaganza, whilst living the dream in Mojacar.